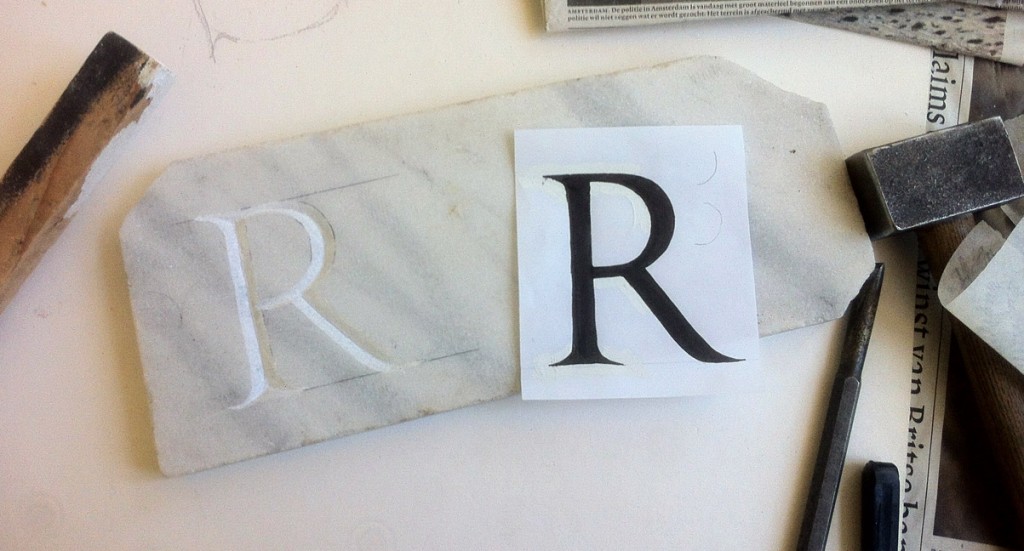 In addition to the classes we’ve had from the start, we got a few new ones after getting back from Belgium. We’ve started stonecarving with Françoise Berserik, who is brilliant and lovely in a no-bullshit kind of way. And I’m loving stonecarving. It’s one of the things I was most looking forward to learning, and I’m surprised that it actually doesn’t require wizard-level skills to get started, and that I don’t need to be in constant mortal fear of messing up. True, there’s no Cmd-Z and no Tipp-Ex for stone (Carv-Ex?), but if you know how, quite a few minor mess-ups can be remedied or at least concealed. (“Oh, you made a mistake! Very good, I will show you how to fix it.”) It’s also yet another new perspective on lettershapes, another medium that requires us to think about letters in a different way, and I like that. 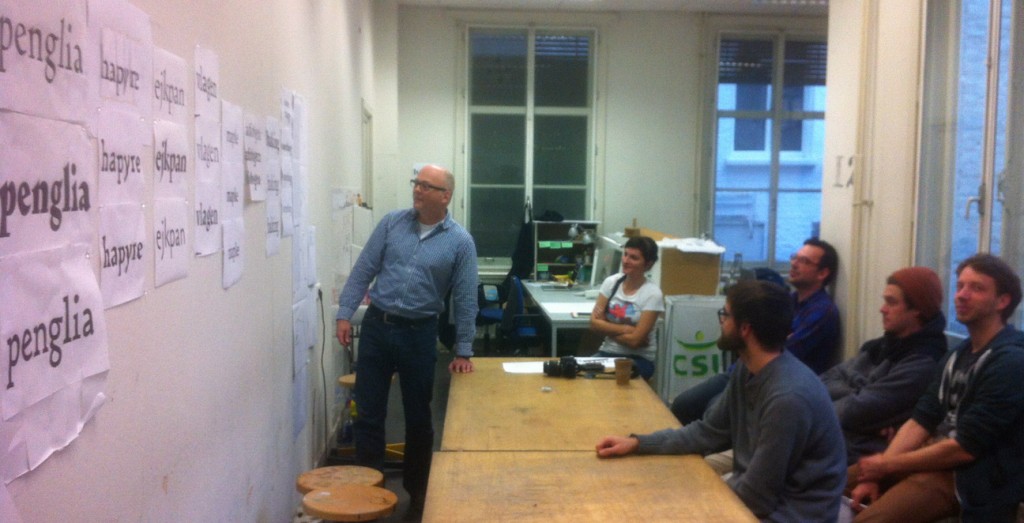 The classic Dutch lettermaking tool par excellence, if you will, has been introduced by Peter Verheul. After practising some writing with the broad-nib pen (or rather, flat brush), we have started on the “contrast exercise” – we’re drawing a regular-contrast text face closely based on broad-nib ductus, and deducing a low-contrast and a high-contrast version from it. On top of being interesting and challenging, the critique sessions are among the funniest hours every week. I’m going all-out on trying to make a flowy, pen-informed face for once. It’s a fun challenge. 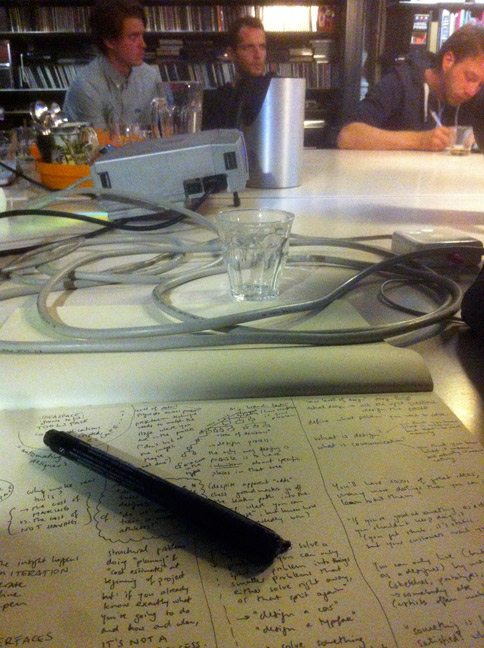 But tools and processes are never fixed, never given, we need to make our own, we need to think beyond, and design is also “the skill to kill darlings”, says Petr van Blokland; the brilliant designer/developer/thinker/maker is holding cross-disciplinary evening studio talks every other week; we’ve had one so far, in which we determined the (much too long) list of topics for this semester, and talked about the design process, coding and logic, books and history and the future, about running a studio and running scripts; planting all these little hooks in my mind that made me stop and think until things spilled over from my brain into the sketchbook, and I returned home close to midnight, feeling gloriously drunk from thought.

Attempting to sort Arabic typefaces along a text–display axis

And in the most recent new class, Peter Biľak is introducing us to Non-Latin type; so far we’ve looked at Greek and Arabic type trying to sketch Latin companions – which is amazingly hard. It takes a bit of mental acrobatics to analyze type designs in a script you can’t read; a bit like, I guess, trying to hear verbal inflections in foreign tongues; and I’m glad Peter will tell us more about ways to understand Non-Latin designs, and relate multi-script families. – We’re also preparing “mini talks” about subjects of our own choosing that may or may not end up having something to do with our graduation projects. Every time someone mentions graduation projects something in my head goes into shock. It feels like we’ve only just started.